The bridge is a three span composite steel and concrete structure carrying two lanes of the A645 over the River Aire.

The embankment approaches to the structure suffered from significant settlement since construction. This was an ongoing road maintenance problem, but had also impacted the adjacent bridge structure. The abutments of which were being pushed towards the bridge deck, such that the deck was subject to a propping force.

This scheme involved preventing any significant future settlement and as far as possible and repaired damage already caused to the structure.

The embankments at the Drax & Goole side were excavated down and rebuilt from a depth of 6m, this included for replacing the existing embankment fill with lightweight LECA material fill.

The scheme involved the removal and reconstruction of curtain walls, allowing abutments to move to equilibrium position and also the replacement and resetting of all abutment bearings.

A monitoring system was installed to the bridge by Mabey Hire, which would raise alerts when movement was detected throughout the structure. The system monitored the strain in the bridge beams, the load in the hydraulic cylinders; at each cylinder or restraint LVDT’s were installed in order to measure any vertical, transverse and longitudinal movements of the bridge beams or abutment. 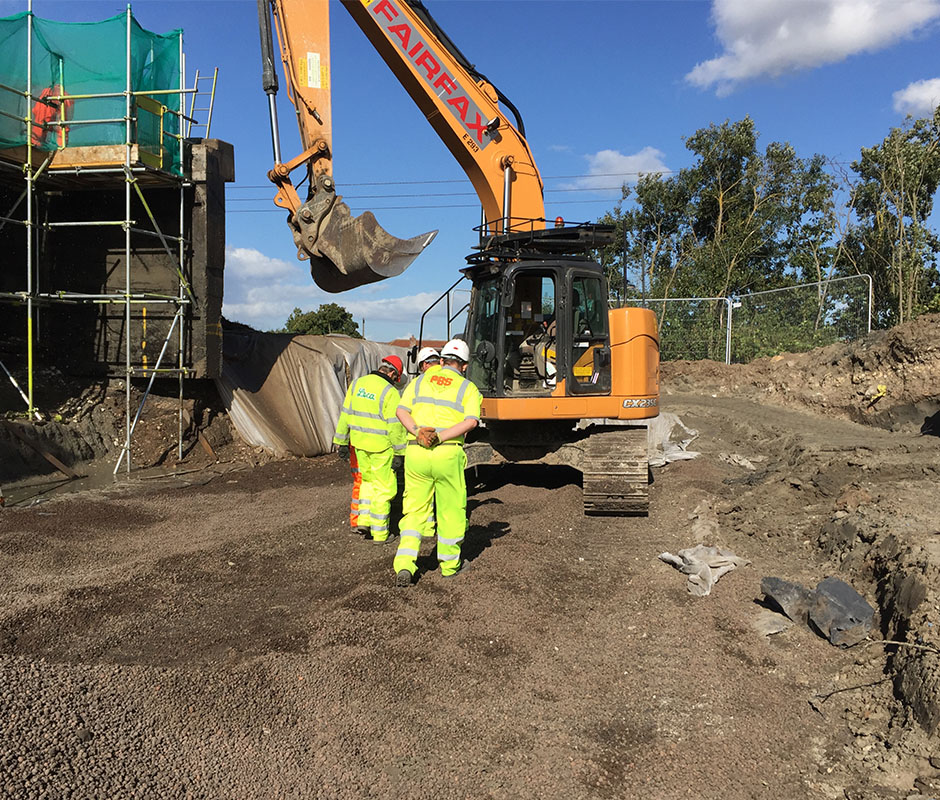 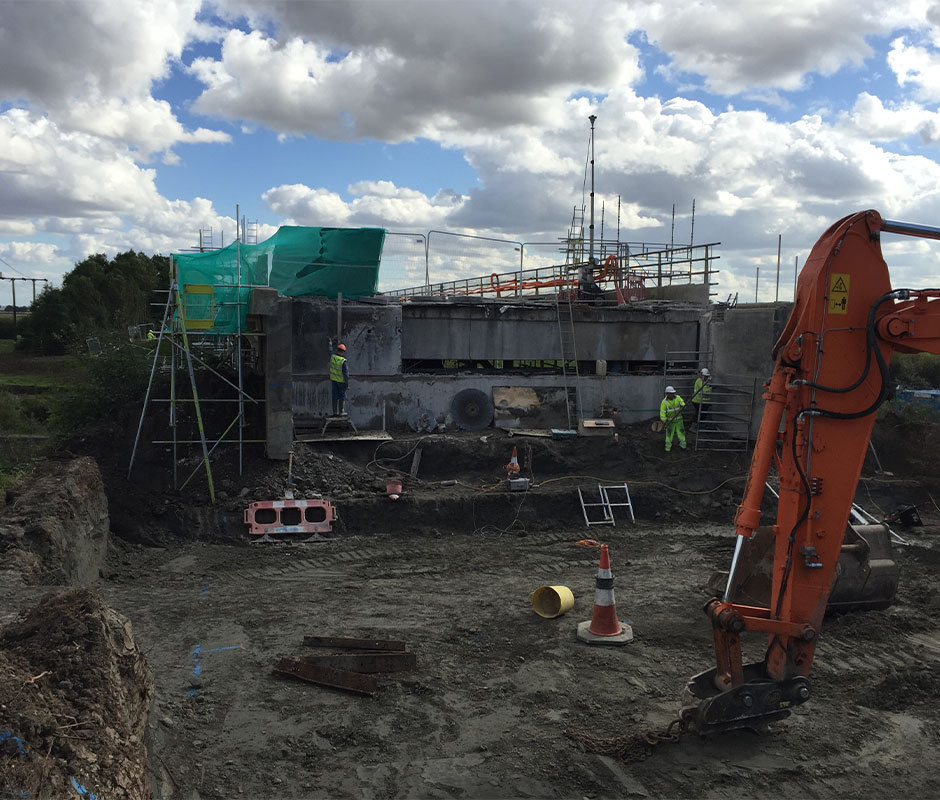 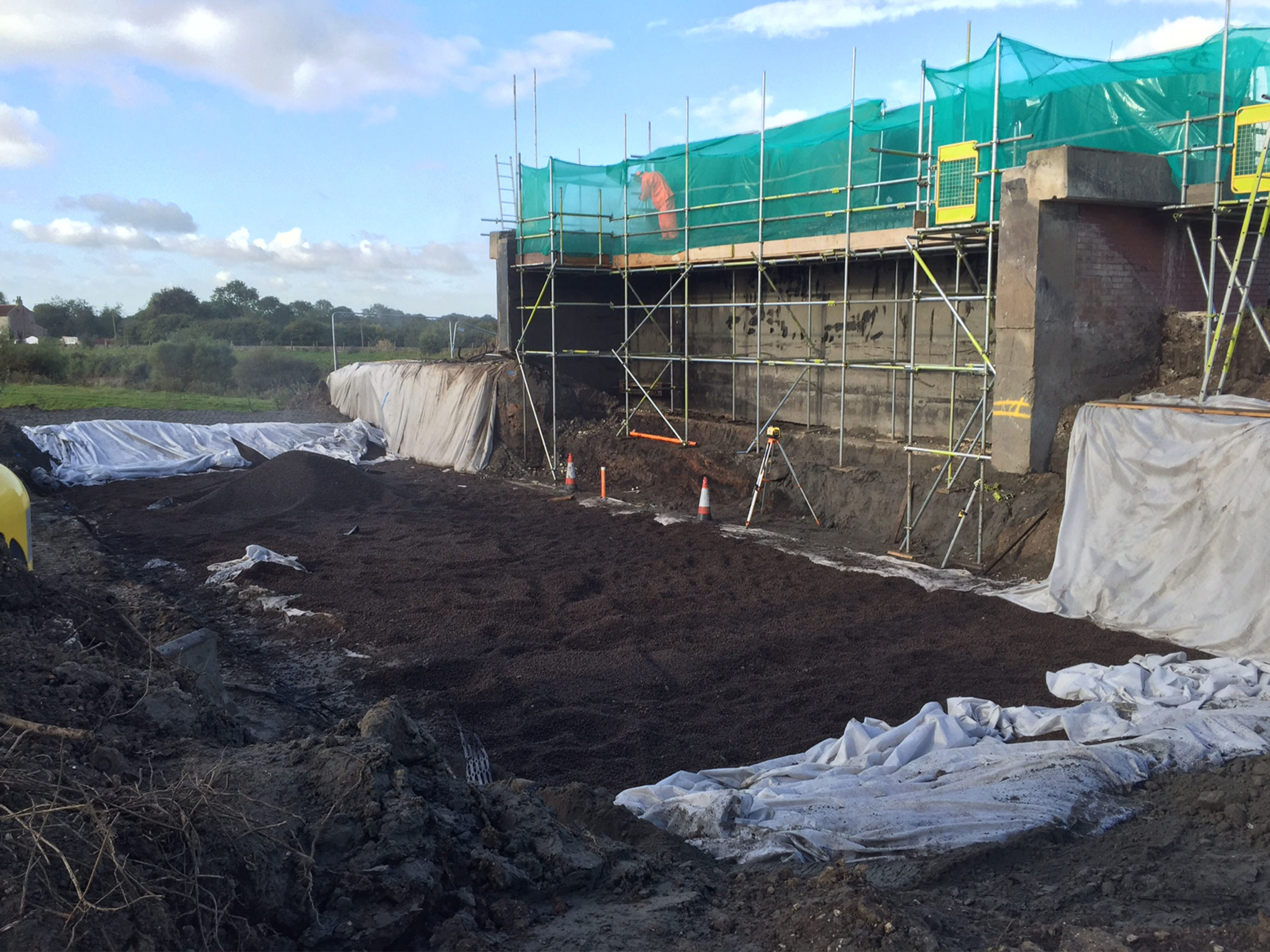